Harro Höfliger Verpackungsmaschinen GmbH has the experience and expertise to support you in realizing your entire product idea and will accompany you as a partner from the laboratory stage to production and packaging lines. As your supplier of technology and all-around problem solver, our work does not stop until your production is running perfectly. Across the board, all-encompassing and only the very best quality. Simply put – ALL YOU NEED

Fette Compacting on the pulse of development in the pharmaceutical market

More and more people have access to medical care. Special medication for rare diseases is gaining in importance. Experts are anticipating a 30% increase in international demand for pharmaceuticals between 2018 and 2022. The requirements on production flexibility and efficiency are growing fast. Fette Compacting is a leader in this area. As a technology and world-market leader in the area of machinery for industrial tablet and capsule production, Fette Compacting offers integrated solutions for the entire production process. Tablet presses, capsule filling machines, tableting tools, format components and process equipment, in addition to extensive support, training and consulting services. 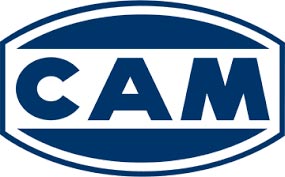 An adventure started in 1949

CAM, founded in 1949, has been the first Italian designer of automatic machines for packaging into cartons.
Throughout the years,CAM's range of machines has expanded and CAM can now supply complete packaging lines for all industrial sectors including Pharmaceutical, Cosmetic and Food. At present, The CAM trade mark represents a structure involving 15 Manufacturing Companies, 17 Trade Centers with Agents scattered in 27 countries and 14 After Sales Centers to provide technical assistance throughout the world.

PARTECO Srl deals with the design, production and installation of clean rooms.PARTECO Srl was founded in 1974, the first Italian company to introduce the concept of prefabrication into the world of pharmaceutical cleanroom construction.Today the company is active on the Italian and international market, in which it has been successfully operating since the 1980s. The offices and the production site are located in province of Milan, in Lissone, on premises measuring over 3.000mq, employing an average 50 people and developing around 350 projects every year.

PARTECO is a leading Italian company in the design, production e installation of cleanrooms, of customized prefabricated walls and modular false ceilings.
In Parteco we realize a wide variety of modular systems for the construction of cleanroom. All products are customizable in terms of materials and technical characteristics, in order to satisfy any type of application, regulatory requirement or customer requirement.
The components are produced in our Italian site using high quality and long-tested materials. The products are shipped ready to be installed without further finalization on site, our production philosophy is in fact that of extending the prefabrication to the smallest details.
Customers who choose to rely on our professionalism, find competence, reliability and respect for the times. We strongly believe that the success of a project lies in the possibility of establishing a partnership with the customer and that the current request of the market is to consider the cleanroom in “operation” as a true “finished product” and not the simple sum of its constituent components.

HDG - Pouch Packaging Machinery are operating in over 100 countries worldwide - proof of their reliability, durability and economy. Simply choose the appropriate country and contact one of our worldwide sales and service representatives.

ADVANCED PROJECTS IN BIOPHARMACEUTICS - OUR ROOTS

Made in Italy, made in Parma: Bram-Cor is located in a highly specialized industrial district, which also hosts the Italian Food valley’s and the European Food Safety Authority’s (EFSA) headquarters. Dating back to 1964, Bram-Cor SpA represents the joint experience of Bram SpA, once solely specialized in filling systems, and COR Spa, uniquely involved in water treatment plants. Our aim is focalized on designing, building, documenting and validating plants which are compliant with the latest requirements of the pharmaceutical sector. Our principal guidelines are the “Good manufacturing practices” (cGMP) and the “international pharmacopoeias”

Soko Inžinjering exists under that name since 1999.

However, Soko Beograd, as a predecessor of Soko Inžinjering, was established in 1992. That was the year when both Soko’s technical and commercial personnel from Soko Beograd and RKT Soko Mostar, initiated refrigeration and air conditioning equipment production, as well as installation and service maintenance in Belgrade. Originally, the company had virtually around ten employees and formed on its work on their knowledge, experience and business contacts. Thus, a well based team in Soko Beograd, could develop and focus on production of its own equipment established on its own construction and technology.